Free Case Evaluation
Home » Blog » What Is the Three Second Rule for Driving?

What Is the Three Second Rule for Driving? 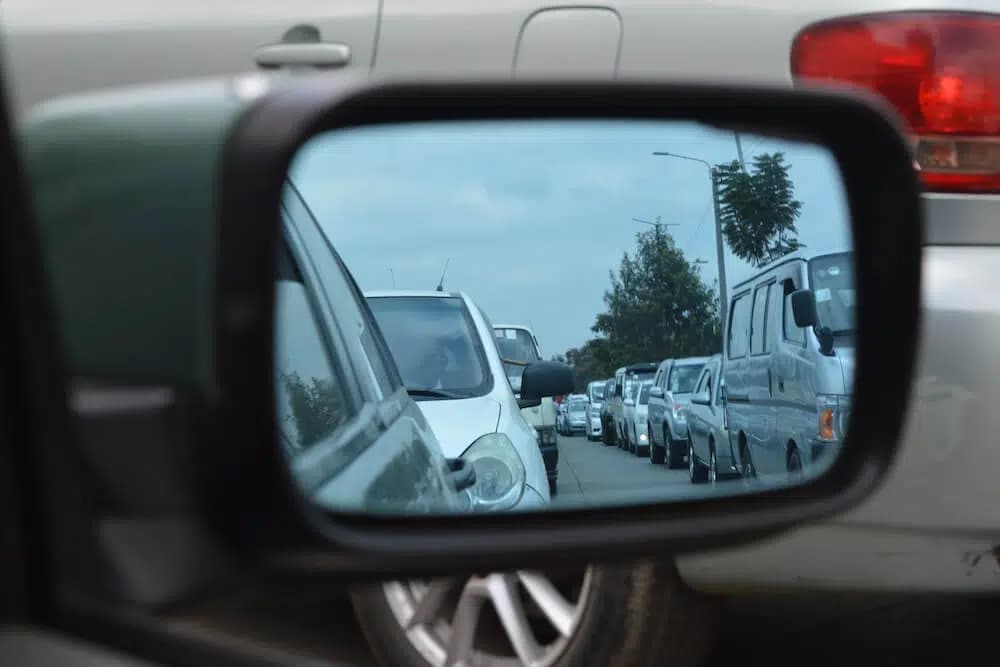 If you’ve ever dropped food on the floor, someone around you might have yelled, “5-second rule!” People have typically taken that to mean, whether rightfully so or not, that so long as the food that fell on the floor has only been there five seconds or less, it’s safe to pick it up, brush it off, and eat it.

How many of you have heard of the 3-second rule (as it relates to driving), though? If you haven’t, then you’re not alone. Whereas there may be some uncertainty about how safe it is to eat food that’s been on the floor for five seconds or less, a bit more research has gone into coming up with the 3-second rule. It has the potential to save your life.

So, what does the three second rule entail, and when and why should you follow it? We’ll address those questions (and more) in this article.

What Does the 3-Second Rule Refer To?

If you happen to look up ways to avoid becoming involved in a crash, you will quickly notice the 3-second rule addressed as one of the tips for doing so. What does it entail?

The 3-second rule refers to how far you should stay back from another Texas motorist when operating your vehicle. You might typically expect this amount to be presented in an actual distance, such as some proportion of a mile.

As you’re aware, every distance has its own time equivalency. Hence this is where the concept of miles per hour (mph) comes from. The assumption is that if the speed limit is 60 mph, you should be able to drive approximately one mile per minute, or 0.0167 miles per second. That means that in just three seconds, you would travel 0.05 miles or about 264 feet.

Researchers argue that if more motorists stayed back at least three seconds from other motorists, they could greatly reduce their chances of becoming entangled in a rear-end crash. Why?

Understanding the Logic Behind the 3-Second Rule

Researchers suggest that motorists who keep a distance of fewer than three seconds from the car in front of them don’t give themselves enough time to react if something goes awry. These unexpected situations may include:

Traffic safety analysts argue that a distance of three seconds gives you enough time to realize that there’s an upcoming obstruction, apply your brakes to avoid striking it, and for your vehicle to come to a complete stop before making it to where the impasse is.

It’s important to remember that the time it takes for our eyes to send the message of a potential obstacle to our brains isn’t instantaneous. It takes even longer for our brains to transmit messages to the rest of our body to take evasive action to avoid a catastrophic event.

Researchers argue that the 3-second rule gives most individuals a fighting chance to react and avoid a potential crash. They contend that anything less than that does not.

How Do You Employ the 3-Second Rule?

Now that you understand the benefits associated with following the 3-second rule, you’re probably wondering how to best employ it. You can do so by following these three simple steps:

If you don’t pass the object you selected before the three seconds elapse, then it’s safe to say that you’re adequately maintaining a 3-second (or more) distance. However, if you pass it before that time tolls, then you might want to adjust your speed to ensure that you establish that buffer needed to keep you (and the motorist ahead of you) safe.

Know That the 3-Second Rule Is a Minimum Standard

It’s imperative that you realize that the 3-second rule is only applicable in optimal weather, road, and vehicle conditions. You may need to keep an even more significant distance, depending on the unique circumstances that you’re facing.

Some weather or road conditions that may warrant giving yourself more than a three second distance to take evasive action, like braking, include:

How well maintained a vehicle is can also impact whether you need to give yourself more than a 3-second distance between you and the motorist ahead of you.

If you know that your brakes aren’t overly responsive when you apply them, then you might want to tack on a few additional seconds to ensure you can come to a complete stop. The same logic applies if you know that your vehicle’s power steering system doesn’t function optimally. You may also need to give yourself additional time to take evasive action to avoid a crash.

What Types of Motorists Most Commonly Violate the 3-Second Rule?

Texas Transportation Code Section 545.062 describes Driving Too Close, more commonly known as tailgating, as a crime. So, why do Austin motorists tailgate their fellow drivers then?

While some motorists tailgate because they give themselves too little time to get where they’re going or because they are aggressive drivers who think everyone should operate their vehicles like them, most tailgaters don’t fit into either one of these categories. Most tailgating motorists are flat-out oblivious to what they’re doing. Many drivers don’t think about the potential dangers that riding so close to other motorists may cause.

What to Do If a Tailgating Motorist Struck You

Many individuals make the mistake of assuming that rear-end crashes that result from a motorist’s violation of the three second rule aren’t likely to be all that serious. However, that’s an incorrect assumption.

Tailgating accidents can be quite catastrophic, depending on the force with which they occur. It’s not unheard of for vehicles to become crushed in these incidents, leaving back seat passengers seriously hurt or killed and front seat passengers with severe back or spinal cord injuries, including paralysis.

Our Buckingham Barrera Vega Law Firm attorneys know how tailgating is unlawful in Texas. They also know victims who suffer injuries resulting from this are entitled to compensation for their crash-related costs. You will want to consult with an Austin, TX personal injury attorney to learn whether you have a valid claim and how to move forward in taking legal action from there.

READ PREVIOUS
What Should You Do When There’s an Aggressive Driver on the Road?
READ NEXT
How Do You Know When You Need New Tires?